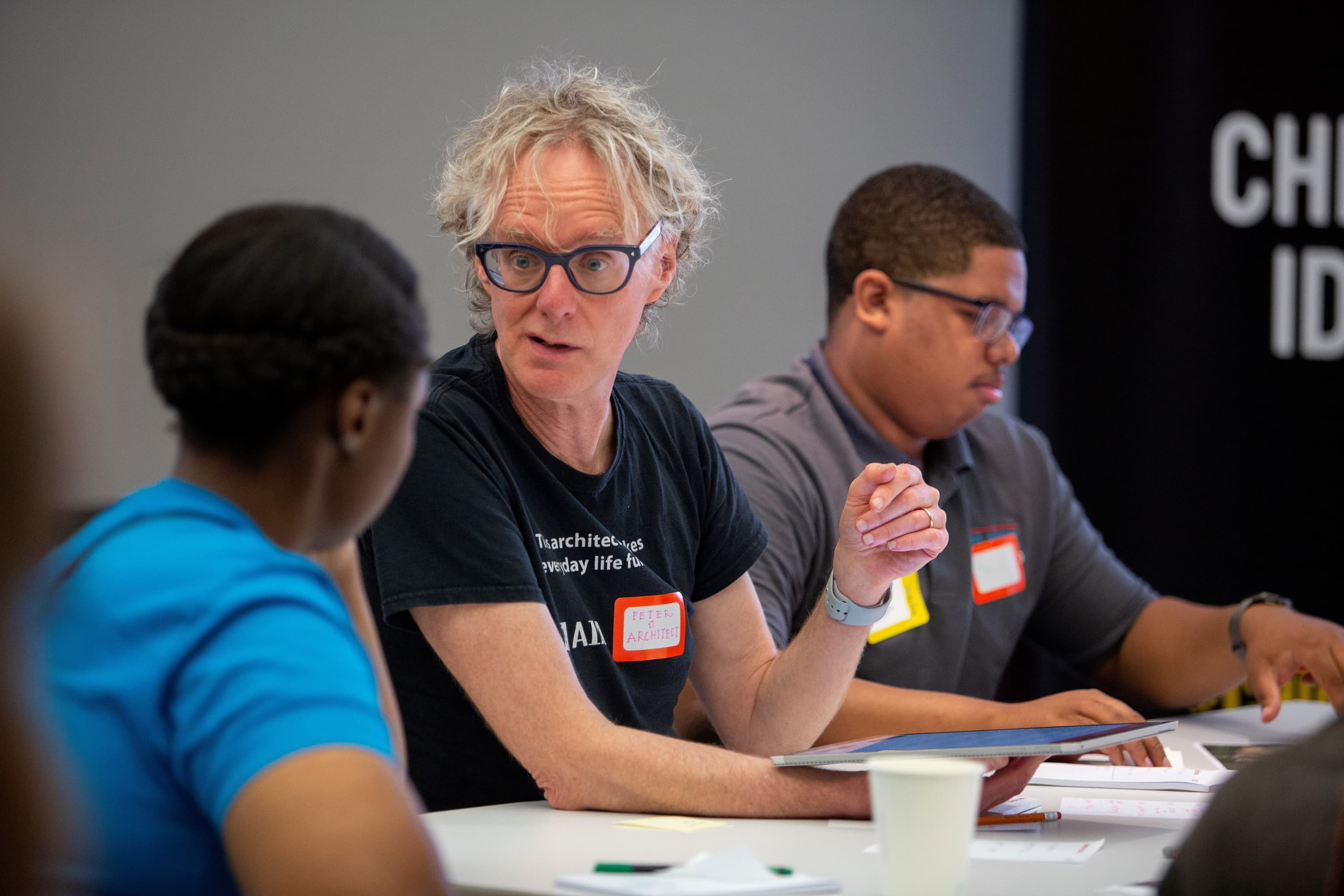 If architects are meant to “design a better world,” they may or may not be succeeding, depending on your perspective. But, if architects can be a beacon for equity and decency, then we have no choice but to succeed--or evolve through trying. Architects must begin with their ranks to identify privilege, understand its dimensions, and use it to lead within our sphere of influence and beyond. Architects must embrace divergent voices and disruptive ideas, and in doing so, create spaces for fairness and justice to exist, unfettered.

Design justice has come to mean community-led intervention. It has come to mean people-focused design. It was galvanized by the Architect’s Renewal Committee for Harlem (ARCH) and other collectives 50 years ago. It was galvanized by Max Bond and, later, by the twelve founding architects-of-color of the National Organization of Minority Architects (NOMA) in 1971, who first gathered at the AIA Convention in Detroit that year. But above all, design justice is the embodiment of architecture’s capacity to democratize equity.

In the grip of COVID19 this spring, the smartest, most capable and digitally attuned cohort of architecture students graduated, whose bedrock belief in environmental justice is eclipsed only by the social equitythey see as the chief responsibility of their profession.

Now, you could have said what I just said about the classes of 1970, 1991, or 2001—all recession years, all pivotal times for environmental policy, and all inflection points for human rights that young designers embraced and advanced. But, if you consider how far architecture, technology, materials science, and fabrication has come in the last 40 years, it should be as clear to you as it is to me: This year is different—and I’m not talking about this pandemic.

I’m talking about the disruptive force of design powered by a new magnetic north of influences for a generation of graduates dissatisfied with the status quo. These influences include Denise Scott-Brown, who has never simply wanted to redefine “inclusion,” but obliterate the systems of exclusion that have barred so many from architecture. These influences include Michael Murphy, whose Restorative Justice Design Lab at his firm MASS Design looks to alter the very structure of criminal justice reform in America. They include Teddy Cruz and Fonna Forman who argue that the fragmentation of our communities begins at our borders, where the capacity of design to unite has never been more urgent.

The most recent cohort of architecture graduates will also be influenced by what this pandemic has wrought: A historic weakening of business conditions as reported by the AIA’s Architecture Billings Index, an environmental crisis that will affect us more acutely with each passing year if we cannot dramatically reduce carbon emissions, and the larger global syndemic of climate change, obesity, and undernutrition.

But, what will empower these new graduates? I mentioned environmental justice and social equity before, but I believe adaptabilityis the third value represented by this year’s graduating class.

I’m talking about their flexibility as workers, sure, because let’s face it: We will all have to be a little more flexible in the coming months and years, all things considered. But, I’m also talking about adaptability as a new paradigm that all architects must embrace to build, retrofit, and anticipate. In this sense, adaptability means a belief in optimism. It means stewardship of the spaces that make us whole, now and tomorrow, as we contemplate the recovery of places like Notre-Dame. It means restructuring the profession to fight and prevent harassment and discrimination. Adaptability means a new framework for what the AIA calls “design excellence” in the projects we premiate and celebrate.

Nate Hudson, a Nevada architect, says that optimism is not just one possible path forward, but the step forward—a step away from this pandemic, and a step toward an uncertain future. It’s a step away from the stasis of uncertainty and a step toward chance. “We don’t have to be afraid of the chance,” says Hudson. “There’s opportunity to exist physically, but at a slightly different cadence, a different modality of work.”

And work they shall. This spring, a pandemic forced our graduates to don caps and gowns for a video, but it will not force them to be lesser architects for their vocation, for design is an invitation to renew and change the post-pandemic world. Architecture has permanence, yes, but design rejects permanence and inertia in favor of chance and opportunity. It is a different modality of work, as well as a different mentality of optimism.

So what stands between the disruptors who graduated this spring and doing the job they were trained to do? A recent poll by the American Institute of Architecture Students revealed two unsurprising roadblocks: finding a job and finding professional development opportunities. I argue that these are causes for optimism, not alarm. I argue that there might be a shortage of design jobs now and in the near future, but there is no shortage of jobs that would benefit from a trained designer’s thinking. I argue that design’s true nature is disruption, and in this time of upheaval, there are a lot of graduates ready to lead this disruption for the chance of something better.

But, I must conclude by pointing to a third great roadblock, which has been spoken about obliquely for far too long: systemic racism and disenfranchisement, which makes cyclical economic challenges like recessions and job shortages that much harder for new graduates of color. They, too, are ready to harness design’s disruptive power, and architects of privilege, no matter where they live and work, must be ready to move mountains for them. The future is always an investment, so let's invest in one another to design the spaces, places, and conditions for everyone to thrive.

About the author
Peter Exley has established an internationally recognized practice of award-winning architecture for children, families, and communities, elevating the standards of design for learning and play environments. He is the co-founder of Architecture Is Fun, a Chicago-based architecture, design, and consulting firm. Dedicated to helping the next generation of architects, Peter has also been a professor at the School of the Art Institute of Chicago (SAIC) for more than 25 years. He will serve as the 97th President of the American Institute of Architects in 2021.