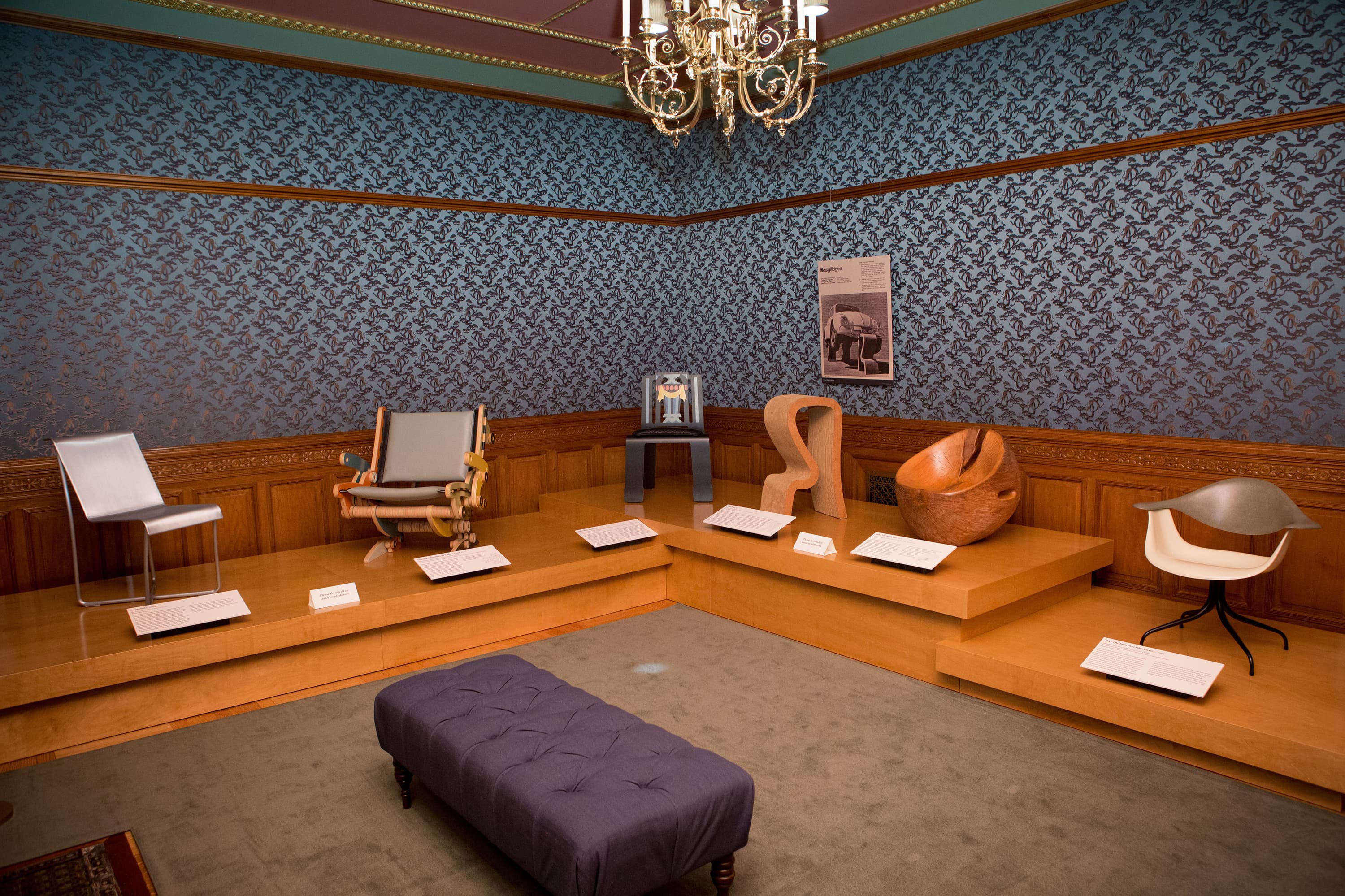 The NeoCon team had the pleasure of touring the new exhibition, The Art of Seating: 200 Years of American Design, at the Driehaus Museum in Chicago’s Gold Coast neighborhood. 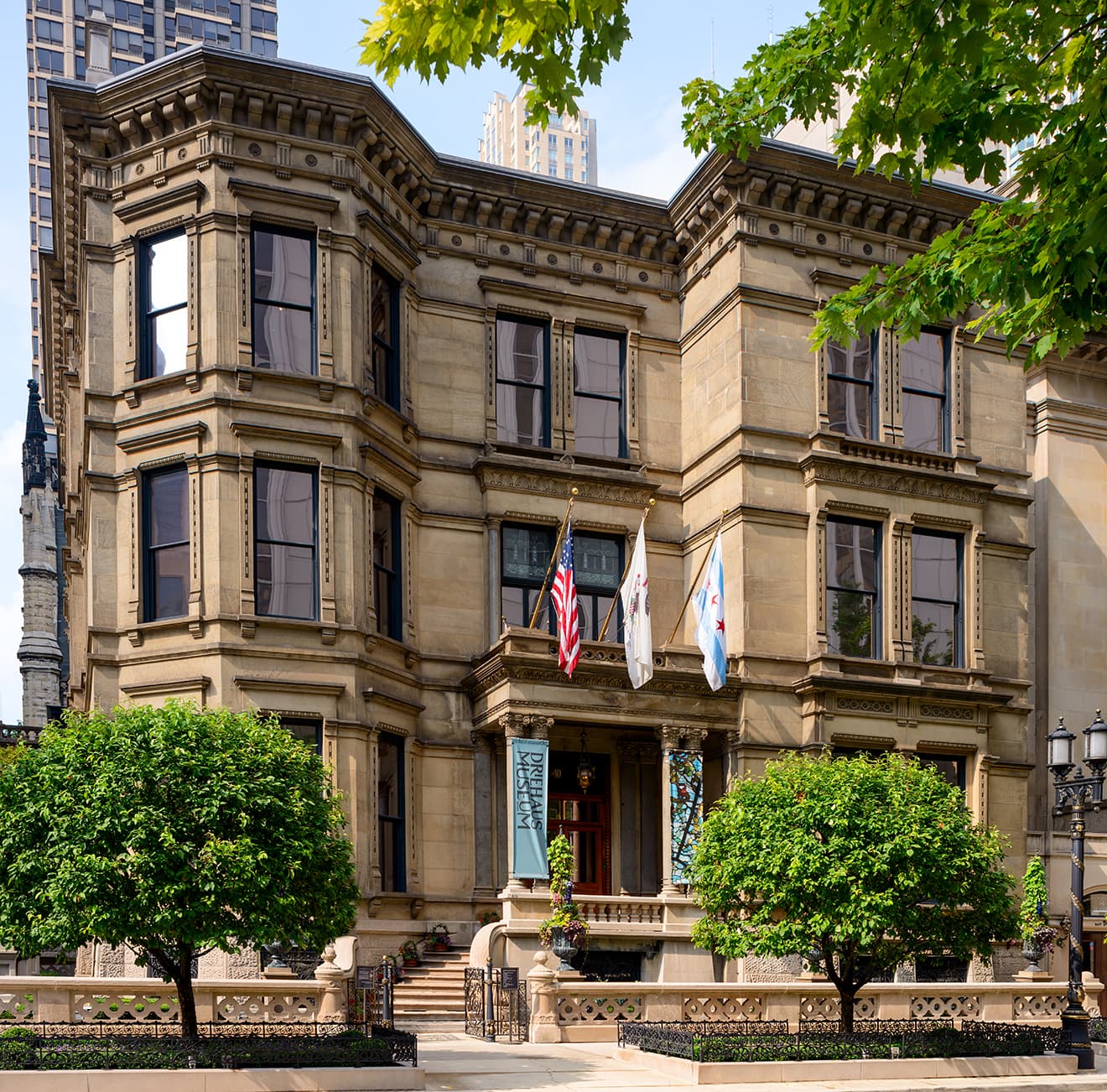 As we stepped into the breathtakingly preserved 19th Century home of the Nickerson and Fisher families, revived by philanthropist Richard Driehaus in the 2000s, we felt as though we had transported back to Chicago’s Gilded Age. The lavish interiors feature original furnishings and an outstanding collection of decorative arts including Tiffany glass. The Main Hall, Photo by Steve Hall of Hedrich Blessing

We ascended the grand marble staircase to enter The Art of Seating exhibition to view 37 exceptional examples of American chairs created between 1810 and 2010. The impressive collection features chairs by designers George Hunzinger, the Herter Brothers, the Stickley Brothers, Frank Lloyd Wright, Charles and Ray Eames, and Frank Gehry among others. Each chair is a work of art highlighting the culture and social trends of the time. 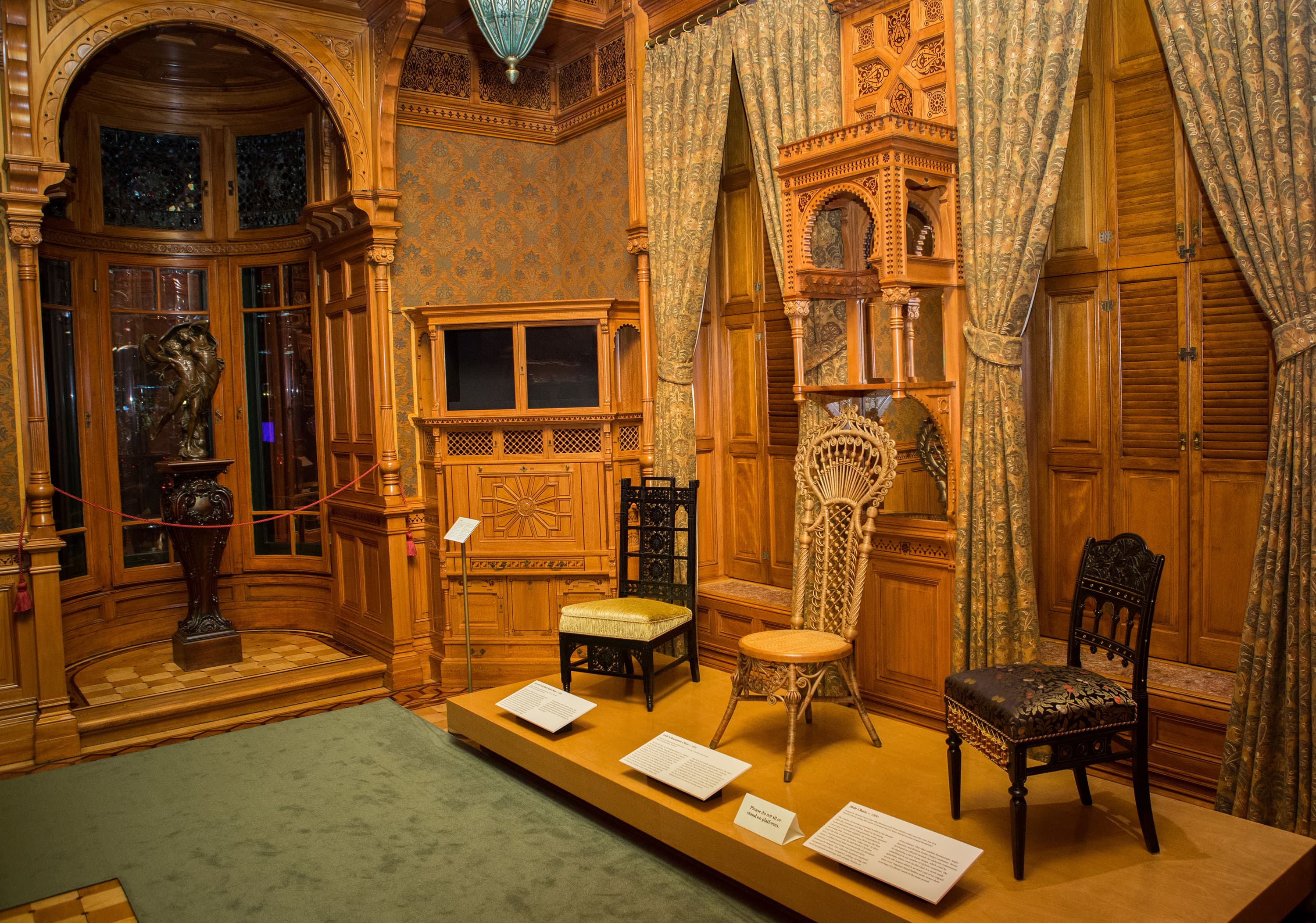 The exhibition is displayed chronologically, providing a timeline of material and stylistic changes over two centuries. Winding through the rooms we saw chairs from the Egyptian Revival and a rattan “Lady’s Reception Chair” from 1885 that looked like something you’d find in a trendy bohemian apartment today. As we entered a room with chairs from the past 100 years, we excitedly pointed out those from manufacturers such as Knoll, Steelcase, and Herman Miller, designed by equally notable names. 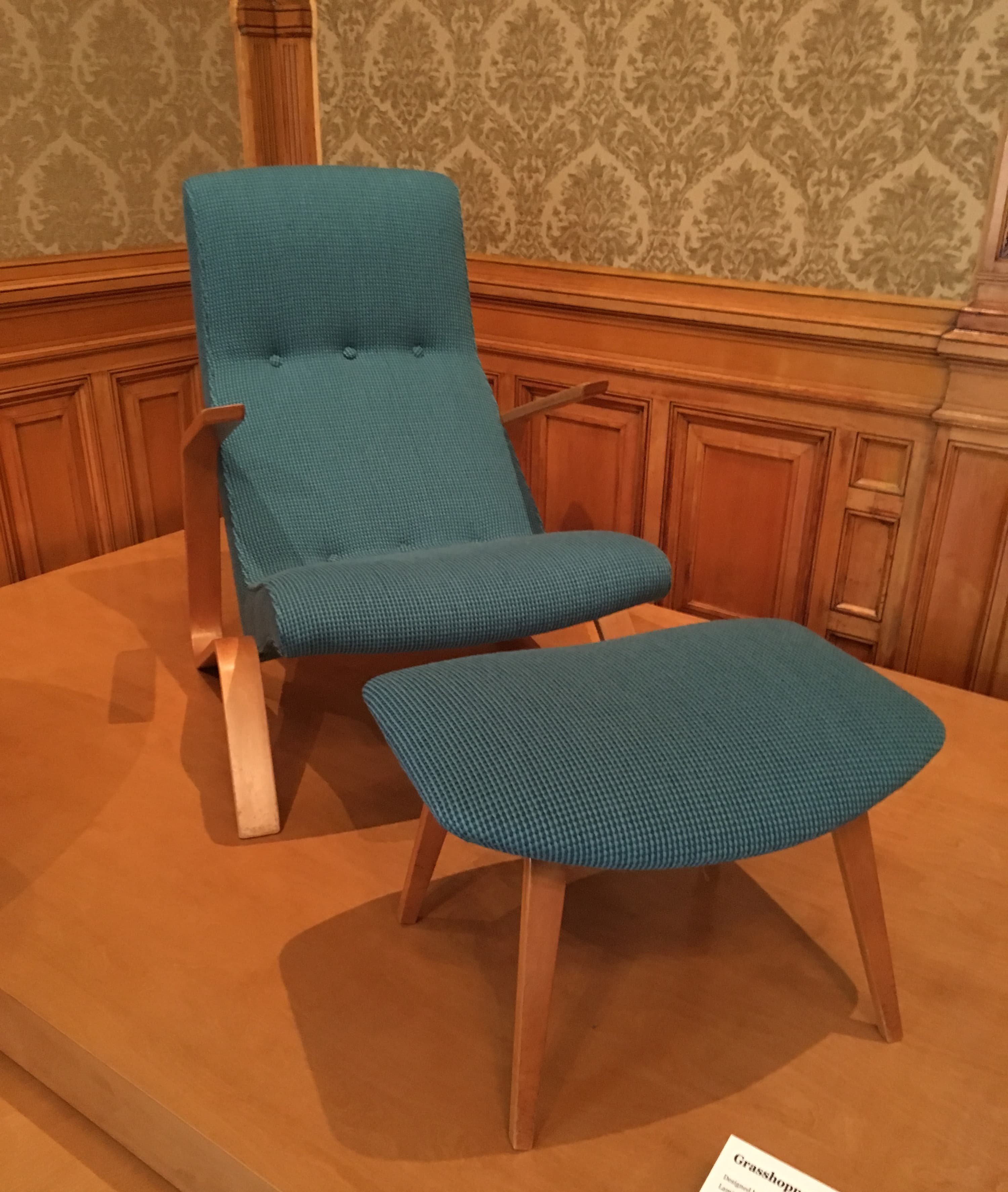 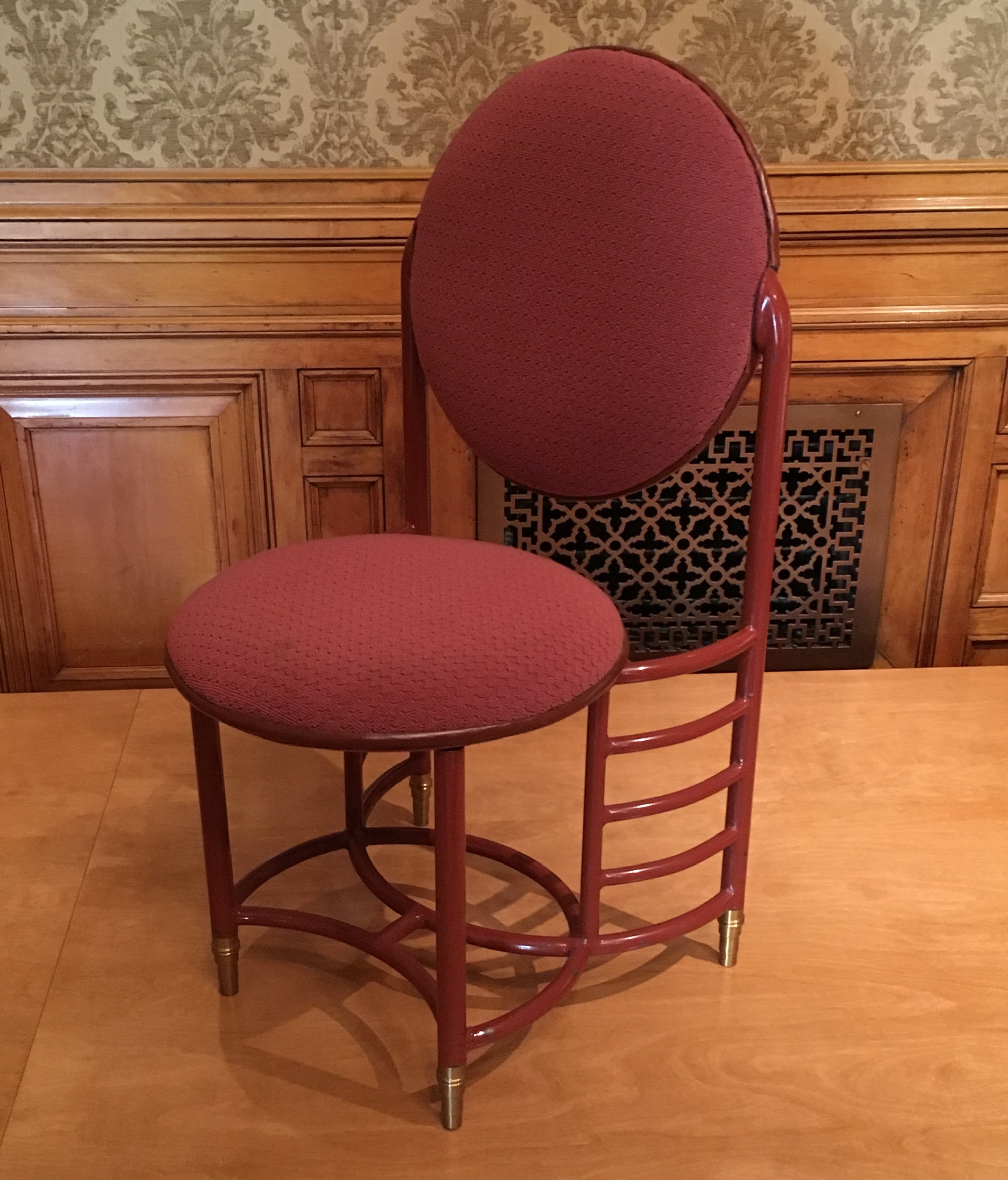 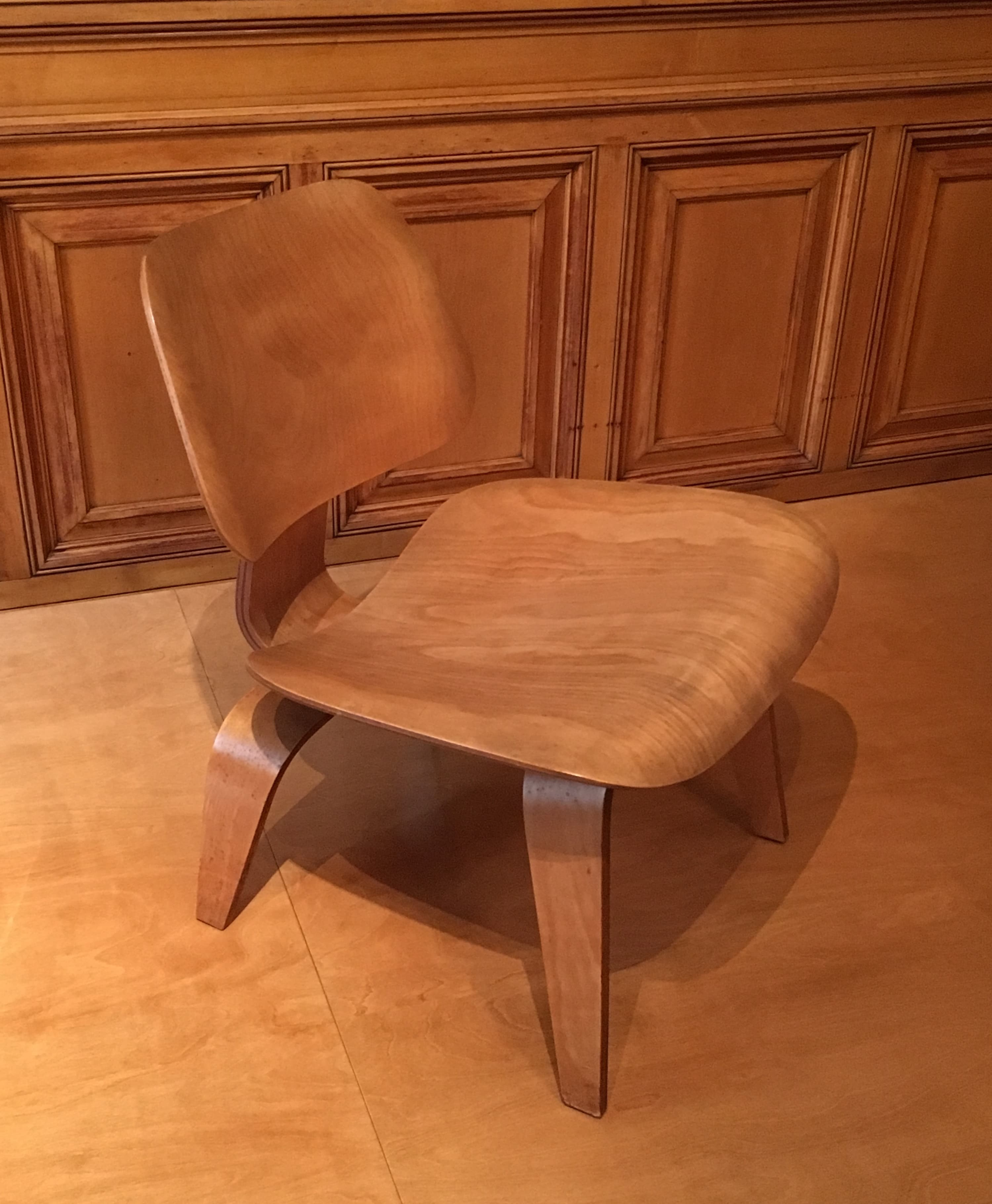 The grand finale of the exhibition is The Act of Sitting lounge where you can take a seat in some of the most recognized chairs of the 20th century. 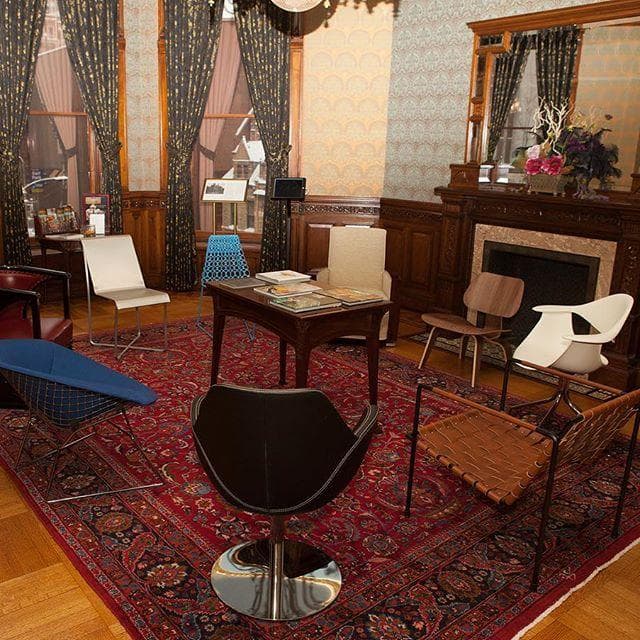 Lucky for those attending NeoCon, the exhibition will run through August 12, 2018. It’s something you won’t want to miss while you’re in Chicago! Visit DriehausMuseum.org for ticketing and tour information.